Women in all walks of life are no stranger to the Little Black Dress! To raise poverty awareness and raise money toward fighting hunger and homelessness in the Lowcountry, women of the Junior League of Charleston will wear the same LBD for five working days during the week of March 14-18, 2016. This social-media driven Little Black Dress Initiative will illustrate the effects poverty can have on a woman’s access to resources, confidence, and opportunities. If a participant can’t wear a black dress because it doesn’t fit their work attire or lifestyle, other black clothing/accessory is acceptable during the initiative. 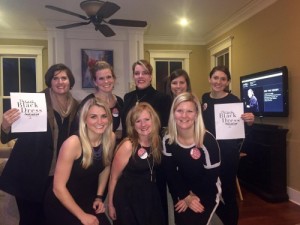 For this first-ever LBDI campaign in Charleston, participants from the league will get a LBDI button to wear on each of the five days and will spread the word on social media using hashtag #JLCwearsLBD. They will also share a link to gather donations. The money raised will go to our local community partners, non-profits with missions to fight hunger and homelessness in our community.

“We are thrilled to start this poverty awareness and fundraising campaign, LBDI, here in Charleston! It’s been a great success at other Leagues across the country and world. Our hope is to raise thousands of dollars for our local community partners to fight hunger and homelessness and in support of the Junior League of Charleston’s mission,” 2015-2016 LBDI organizer Gibbon Miler said.

A LBDI Launch Party will take place at the Belk Pop-Up Shop, March 10, from 6-9 p.m. at 473 King Street. Stay up to date on Facebook by searching Junior League of Charleston and Instagram @JLCharleston. #JLCwearsLBD

By continuing to use the site, you agree to the use of cookies. more information